Game of thrones is an epic fantasy series where a number of families fight a war for the Iron throne of the Seven kingdoms. It is a riveting series with plot lines and twists that keep viewers grasping for more. A game of thrones takes its inspiration from European history and incorporates many different legends and events. This fusion of legends and elements of history mean some items take inspiration from the real world. Here we profile the game of stones.
The gems of game of thrones

Iron Crown
King Joffrey’s crown is gold crusted with rubies and black diamonds. The main gem is a ruby see crown below. Rubies are a pink to blood red coloured gemstone. They have been held in high esteem by many royal families throughout history and across the world. Like Joffrey it is a favourite of many monarchs. The other warring ‘kings’ had their own crowns. Stannis Baratheon had a crown of red gold with points like flames as a tribute to the lord of light. Renly Baratheon had a crown of golden roses and a jade stag’s head. In China Jade was considered the imperial gem. It is equivalent to gold or diamonds in the West. 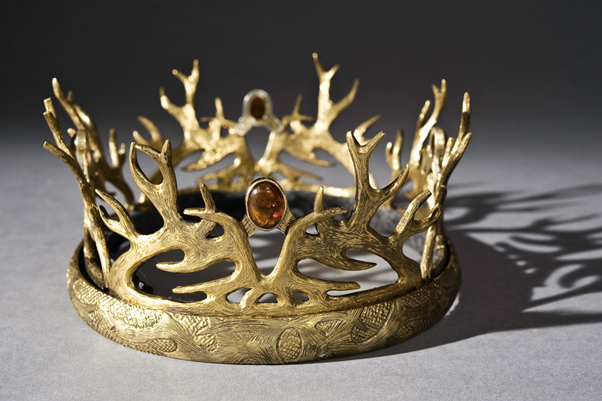 Dragonglass
The Night’s watch are a band of brothers protecting the Seven Kingdoms from the White walkers (undead super natural forces) beyond the wall. The famous dragonglass is the only known weapon which can kill the dreaded whitewalkers. In the real world this stone is obsidian. Obsidian is formed from cooled lava from volcanic eruptions. It is mostly black but can come in a number of colours. Historically the stone was used in knives, arrow heads and blades as the material can produce razor sharp edges.

Catspaw Blade
Remember the dagger that the Lannisters used to try to kill Bran in his bed in season one? This incident helped set off the war between the Lannisters and Starks. The Valyrian steel of the dagger is not real but the ruby in the dagger is. Ruby is traditionally a stone of royalty and privilege something the Lannisters know a lot about. 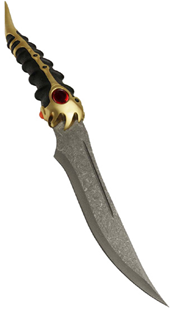 Sansa’s necklace
Sansa Stark’s necklace worn during the purple wedding of King Joffrey. The necklace was a gift from a knight whose life Sansa had previously saved. It was a family heirloom of house Hollard with seven amethysts. Unbeknown to Sansa one the stones was glass which contained poison. The necklace was later implicated in the poisoning of King Joffrey. Ironically Amethyst is known as the stone of the mind and as a stone of sobriety. It is thought to be a powerful aid in conquering alcohol addiction and in soothing the mind and emotions. It is recommended for those who are stressed and overwhelmed something Sansa probably needs after all she has been through. 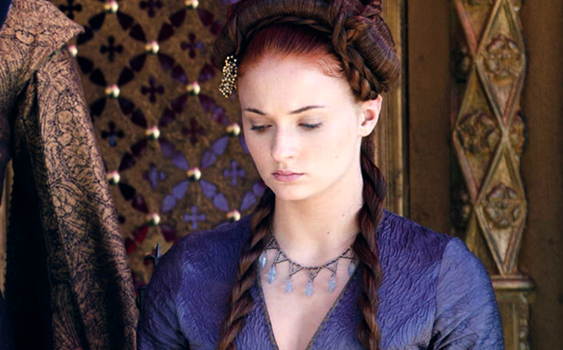 Daenerys Targaryen necklace
Daenerys is known by many names the ‘mother of dragons’ and the Khaleesi. She can be seen wearing a necklace with a dragon’s tooth. Thankfully in our world dragons don’t exist but many teeth from dinosaurs can be used in a similar necklace setting. 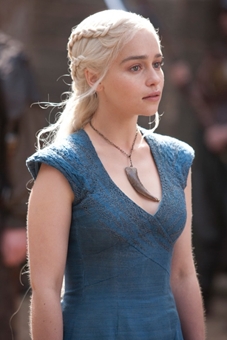 You can find more gemstones at www.gemrockauctions.com